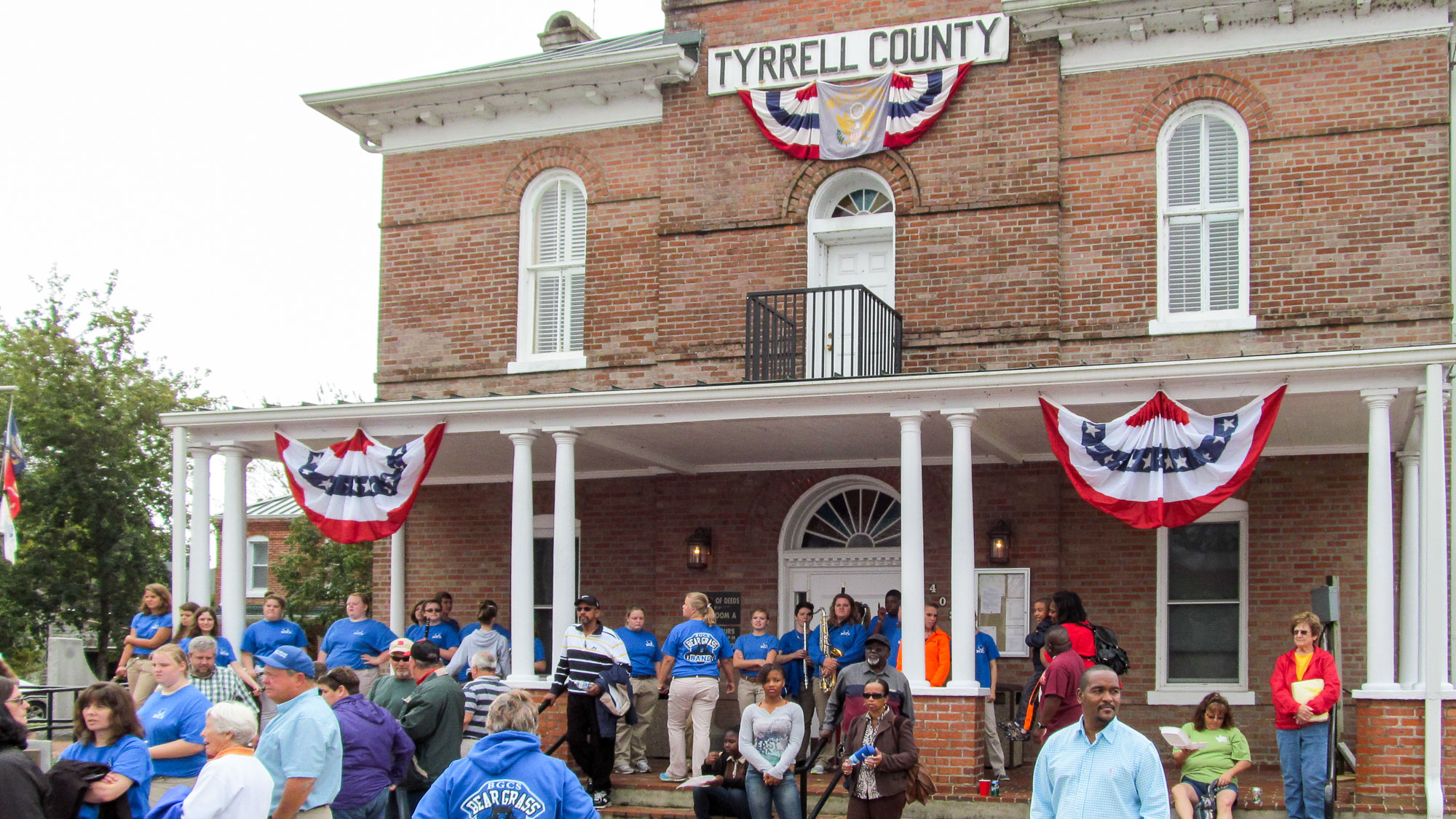 Prior to the English contact period, Tyrrell County was home to native American tribes. Even today, along our waterways where the high ground starts, you can still find remnants of tribes dating back thousands of years.

Tyrrell County is named after Sir John Tyrrell, one of the Lords Proprietors of the Carolina Colony.

Located on the eastern shoreline of the Scuppernong River in northern Tyrrell County, Columbia was chartered in 1793 as Elizabethtown. The town became the Tyrrell County seat of government in 1799 and was renamed Columbia in 1801.

While settlers from Virginia streamed southward into the Albemarle region during the 18th century, development of Columbia and Tyrrell County proceeded slowly. Surrounding swamp forests, vast peat wetlands (pocosins) restricted penetrations of the interior around the town. The area was one of the most isolated and sparsely settled parts of North Carolina well into the 20th century.

Primarily a fishing and trading center before the War Between the States, Columbia grew in the late 19th century as a result of the expanding lumber industry. Between 1880-90 the town grew from 166 to 382 residents. In 1908 the Norfolk and Southern Railway extended its track to Columbia, supplementing boat travel between the town and surrounding communities.

By the mid-1900s, Columbia’s population reached 1,100, but the post World War II population exodus to metropolitan areas resulted in a steady decline until about 2000. Today more than 860 citizens call Columbia home.

The recent four-laned US-64 from the state capitol to Columbia opened up the community to new visitors. Attractions include vast natural resources: wetlands, woodlands, waterways, rich organic soils, bird, animal, fish and plant life, and a renewed downtown area. Since the mid-1990s, the town has completed a shoreline, a wooded area boardwalk, and a Main Street streetscape. In addition, it has converted the Columbia Theater into a cultural resources center (museum) and added the Walter B. Jones interpretive center. The largest US-64 visitor/information center east of Raleigh is located in Columbia and several downtown buildings have been restored to house new businesses that serve residents and visitors.

Columbia values its past and looks forward to a bright future.